Bent double, like old beggars under sacks, Knock-kneed, coughing like hags, we cursed through sludge, Till on the haunting flares 2 we turned our backs And towards our distant rest 3 began to trudge. 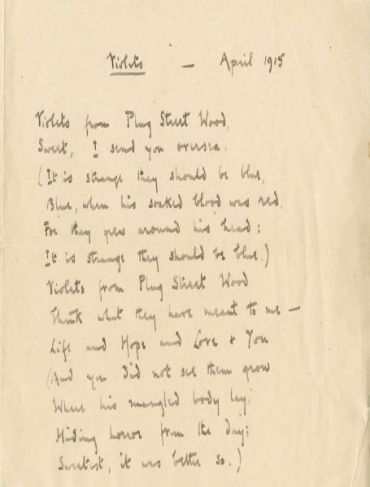 Both these poems are about the war and show a different perspective on it. The reason behind choosing these poems is because on a personal level I appreciate the work of Lovelace and considers this poem one of his best. The poem stresses on the importance of honor and duty before anything else.

The soldier asks his beloved to not think of him as selfish or unkind as he is leaving her side to fight in the war. His referral to Lucasta as Sweet shows the implication that he considers his beloved innocent and unable to understand the dilemma the speaker faces in having to leave her behind.

The words Nunnery and chaste show that Lucasta is God fearing pure at heart she knows not of the evils of war. The poet shows his determination in going to war by symbolizing the war as a mistress, the first foe is the enemy who has come between them and has made him want to leave so that he may be able to fight along with the other soldiers.

He continues showing his utmost fortitude when he mentions with a stronger faith embrace, which means he has accepted his part in the war and had embraced his faith with devotion and honor.

In the last stanza the poet expresses that if Lucasta understood his reasons and his determination to fight within the war she would also fall in love with his reasons as he has. He knows that he might sacrifice his life but all of that is justified to him and he wants her to see it too the love to beat the enemy and serve his own country.

The literal meaning is "It is sweet and right. 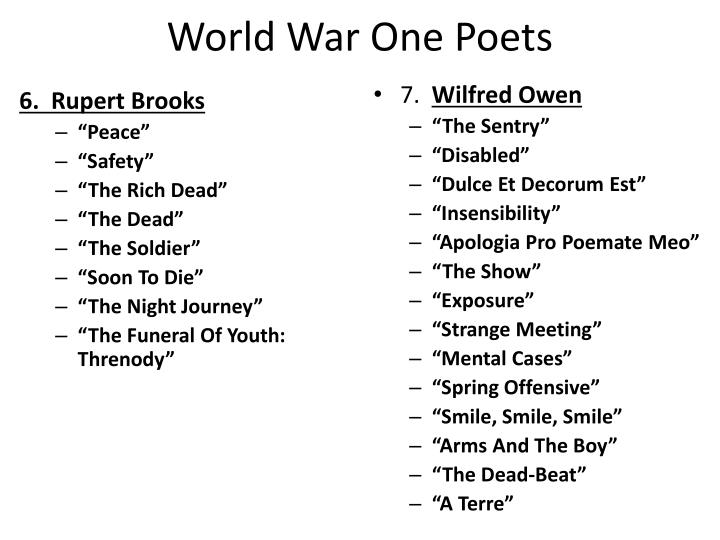 This poem was written by Owen on his own experience of fighting in the World War I. Owen was an officer of the British army and he was shelled in Craiglockart. This poem was a bitter statement by Owen against the attack on theWilfred Owen's poem - Dulce et Decorum Est - with notes - the Gas poem - about a gas attack in the First World War.

The two poems, “To Lucasta, going to the Wars” by Richard Lovelace and “Dulce et Decorum Est” by Wilfred Owen are both devoted to the subject of war.